The History Of Burford

Burford through the ages

The first certain reference to Burford is in the Domesday Book of 1086. Around 1090, during the reign of William Rufus, Burford was granted a charter by the forward-thinking Robert Fitzhamon. This was one of the earliest Charters in the country and gave the men of Burford various rights – to hold a market, rent out their property and sell or bequeath leases as suited them, and it removed them from the feudal system. Run by a merchant guild and presided over by an Alderman, the town honoured its founder by taking as its seal Fitzhamon’s coat of arms, despite its modest size, Burford has remained a town for over nine hundred years. Records and Charters dating from these early years are now housed in the Tolsey Museum on the High Street.

The market, and therefore the town, developed over the centuries to incorporate all the local industries. From sheep farming came wool, the mills, the weavers, tanners and, at one time, the best saddlemakers in Europe. From agriculture came the flourmill and a reputation for being the best and most innovative farmers in the country. Local stone produced stonemasons and builders. And to wet all those thirsty throats was the brewery, now sadly gone, together with the annual fairs and the race course which once made Burford one of the four wealthiest towns in the county.

Burford’s geographical position on a major north/south and east/west crossroads ensured visitors were frequent and trade was buoyant and at one time nearly every famous coach in the south of England passed through the town, enjoying its countless inns and hostelries 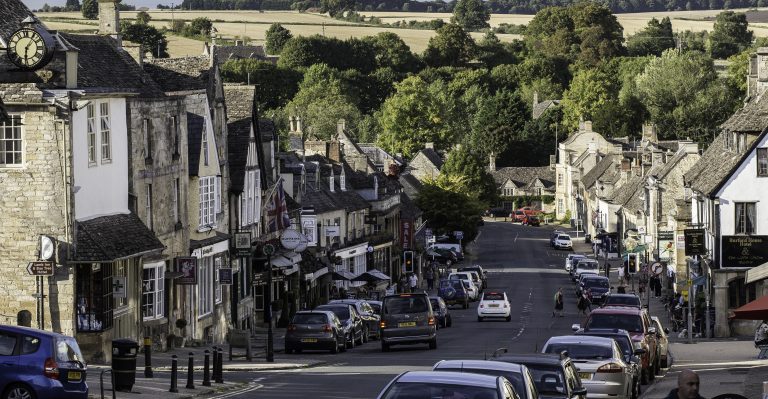 The coming of the railways somehow passed Burford by and when the last stage coach passed through in 1850 and the agricultural depression killed the market in 1870, the town fell into decline. And so, it remained until the coming of the motor car rekindled an interest in rural England and brought Burford back to life. Still wonderfully unspoilt the town of today seems to leave as mark on anyone who has lived in or visited it. A Mayor and Town Council have replaced the original Burgesses and Aldermen. There are still a large number of pubs, restaurants and hotels catering for all tastes among residents and visitors. The shops provide a good selection of produce, clothing, and period furniture; and includes the oldest chemist shop in the Country. High Street chains have yet to make a significant impression on Burford, which adds to its uniqueness and helps make it an enduring place to live, work and visit.